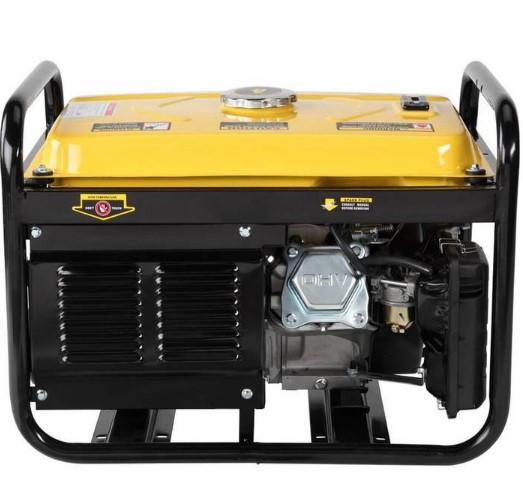 If you are out on the job and you need power, or if your house has been cut off from power due to a storm and it is vital to have some electricity running, the DuroStar DS4000S might be exactly what you are looking for. The gas powered DuroStar DS4000S is sure to make your life easier, as it allows you to power up your most important articles and equipment. Without the power, you are unable to perform some of your general tasks, which could put you behind schedule, or food and other items might go bad, after a storm. Of course, you need to make completely sure that the DuroStar DS4000S is right for you. The only way to do this is to look at both the pros and cons of the device, in order to determine if the hardware is capable of performing all your desired tasks.

The DuroStar DS4000S is a seven horsepower, four cycle gas powered, portable generator. The device has a 4,000 watt surge, with 3,300 watt continuous run time. It does have a four gallon gas tank that has an eight hour run time. Of course, because the device is gas based and not electric based, you are able to fill up the tank and continue to run the generator for as long as you want. Unlike other generators, this device is able to be sold and used in the state of California, which has very strict air pollution laws. There is an installed EZ-Pull recoil start, and the equipment is EPA approved. Because the generator is gas powered, it required oil to cool the system. If the oil ever runs low, there is an automatic low oil shut off, to prevent the engine from burning out and damaging the equipment. There are no wheels on the generator, and the device weighs in at about 90 pounds total weight.

The DuroStar DS4000S does work in the state of California, which is important, if you are ever working in the state and need a backup power system. Thanks to the device running off of gas, you are able to always add more fuel, to keep the product running. This is important when you always need power. On some occasions, you do need continual power, so having a gas generator is essential. The automatic low oil shut off feature is standard on many gas generators, but is an important feature to have. You don’t want to forget about the oil, then discover the generator is dead because the engine has been fried. This feature saves you from any of this trouble. With the EZ-Pull recoil start, you are going to save your back from attempting to pull the ignition rope, which is often difficult to start up on some generators. The generator is also favorably reviewed, with eight of the 12 reviews coming in at five stars (out of five). Liny stated

“I own a much more expensive generator with a little more power and from a major brand and it doesn’t even run after two years and one use. Right out of the box this impresses you and the quality is all there. I cannot believe that you get this much for so little money…in the generator world this is cheap. Filled it with oil and gas and on the first pull it started…perfect. And this thing is quiet. Get this and you will not be disappointed.”

Of course, there are always a few negatives. The biggest issue with the DuroStar DS4000S is that there are no installed wheels on the device. This makes it a bit difficult to move, especially at 90 pounds. Make sure you have some help when you move the device, as you don’t want to hurt yourself doing so.

If you need a stand by generator, no matter where you live, this DuroStar generator might be exactly what you are looking for. With the ability to power 8 continuous hours, and the option of always adding more gas, you are never going to be without power again. The DuroStar DS4000S is sure to help you out whenever you need the assistance, regardless of what the issue is.